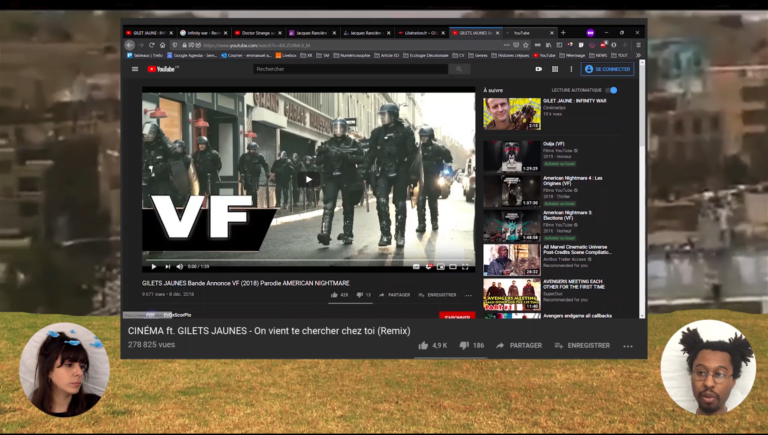 CINEMA ft. Yellow Vests - We are coming to get you (Remix)

Video reconstruction of a performed lecture made with the artist Seumboy Vrainom :€ during the international conference Political Manifestations in Cinema. Continuities, breaks, détournements of the protesting experience, organized by Camille Bui and Raphaël Jaudon at the University Paris 1 Panthéon-Sorbonne, on January 31st and February 1st, 2020 (initially scheduled for December 6-7, 2019).

Presentation of the symposium: ‘From the Arab Spring to the Yellow Vests movement, the years 2010 have seen the emergence of major popular protest movements around the world. In the irreducible diversity of their ends and destinies, these mobilizations have provided an opportunity to re-emphasize the importance of gathering as a form of political expression “that cannot be reduced to the demands and speeches made by the actors” (Butler). What is played out in the street, in a square, when a demonstrating crowd gathers, is a symbolic struggle for the occupation of the visible (Rancière), an act by which a people that was not taken into account invents itself by giving itself to be seen and heard: by putting itself on stage. This conference proposes to re-examine the infinitely diverse ways in which cinema has created plural – even competing – analyses, memories and imaginaries of the experience of political contestation. This, starting from the manifestation as an object or motif that crosses the history and genres of cinema, as much as social history’. 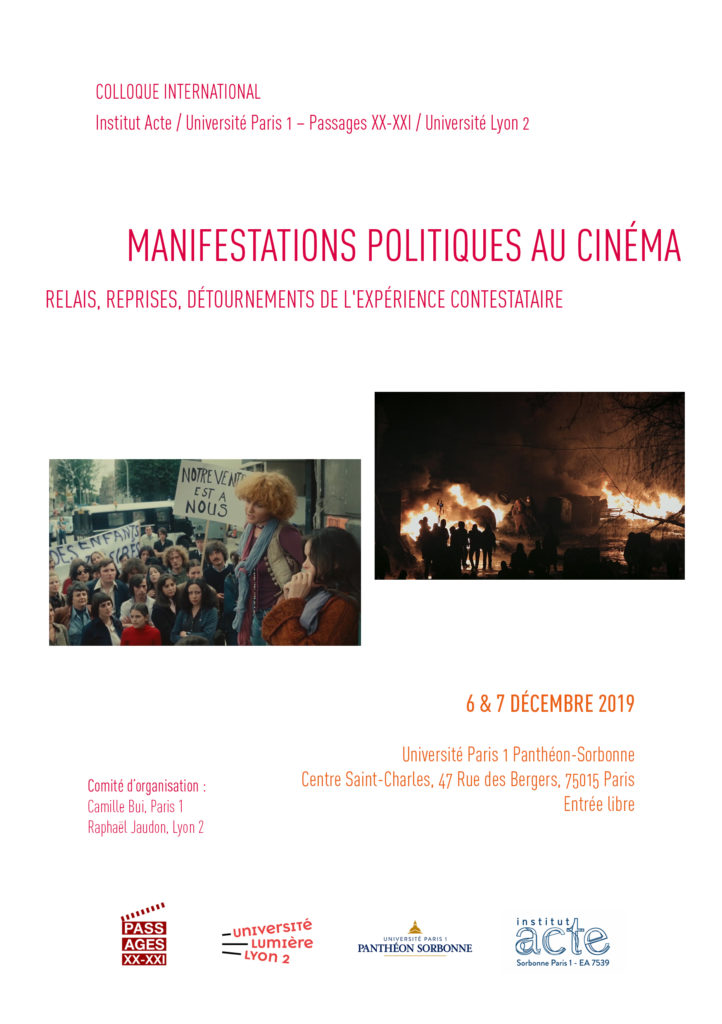