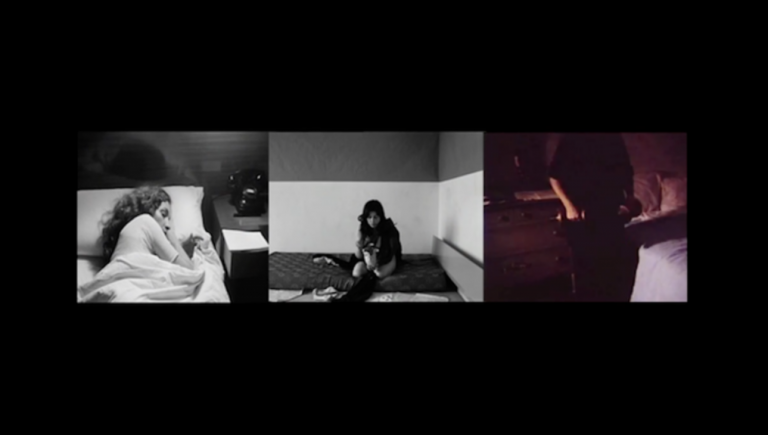 Project made with Caterina Cuadros and Florencia Aliberti.

Through the mirror offers a tour of some pieces that address the question of the self-represented female body and how, from the genre of the cinematic self-portrait, women have formulated new ways of (re)writing themselves in the image. The piece passes through different states and emotional spaces, recovering images of women filmmakers who, in a gesture of self-representation, seek to escape the male vision that dominates the gaze on the female body. Images where the body looks at itself as an inscription surface to reflect on relationships and conflicts with nearby spaces, stopping at everyday actions and exploring subjects such as intimacy, sexuality, masturbation or motherhood. This re-signification of the feminine subject invites to a new spatio-temporal conception of the image, where the duration of the shots, the waiting, the dead times or the intimate daily situations symbolize a rupture with the modes of representation of an extremely masculinized device as the cinema was – and still is.